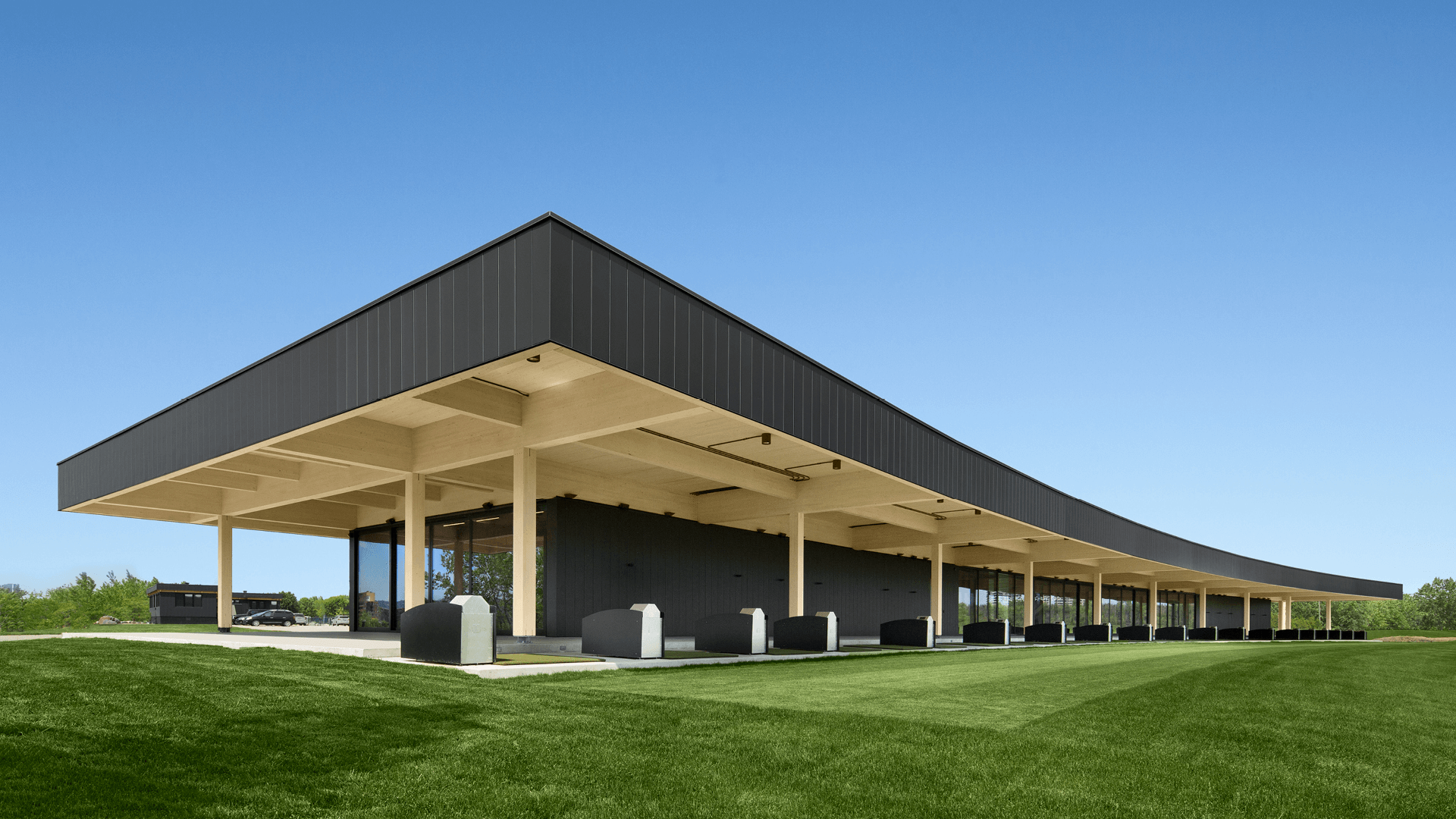 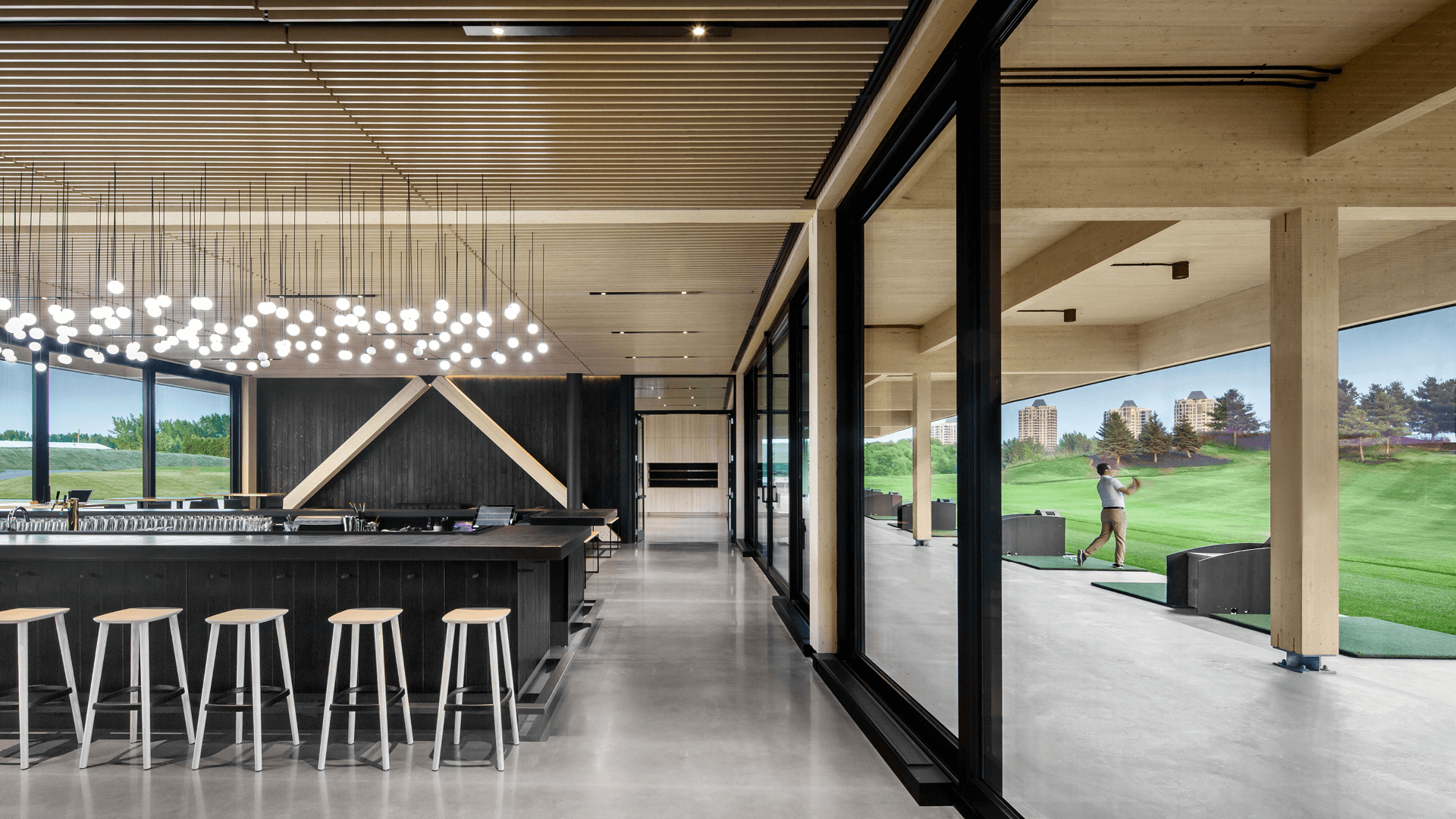 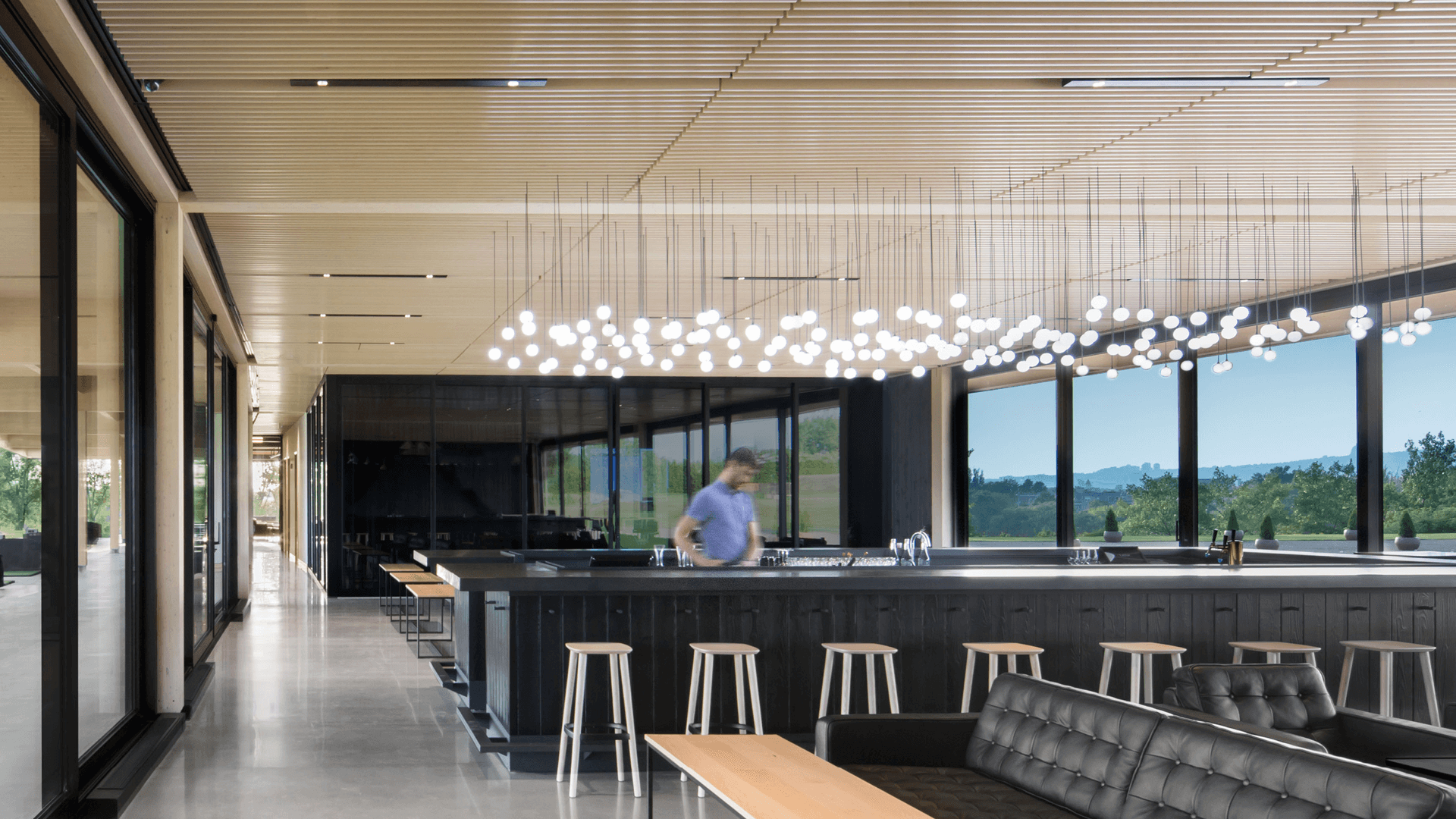 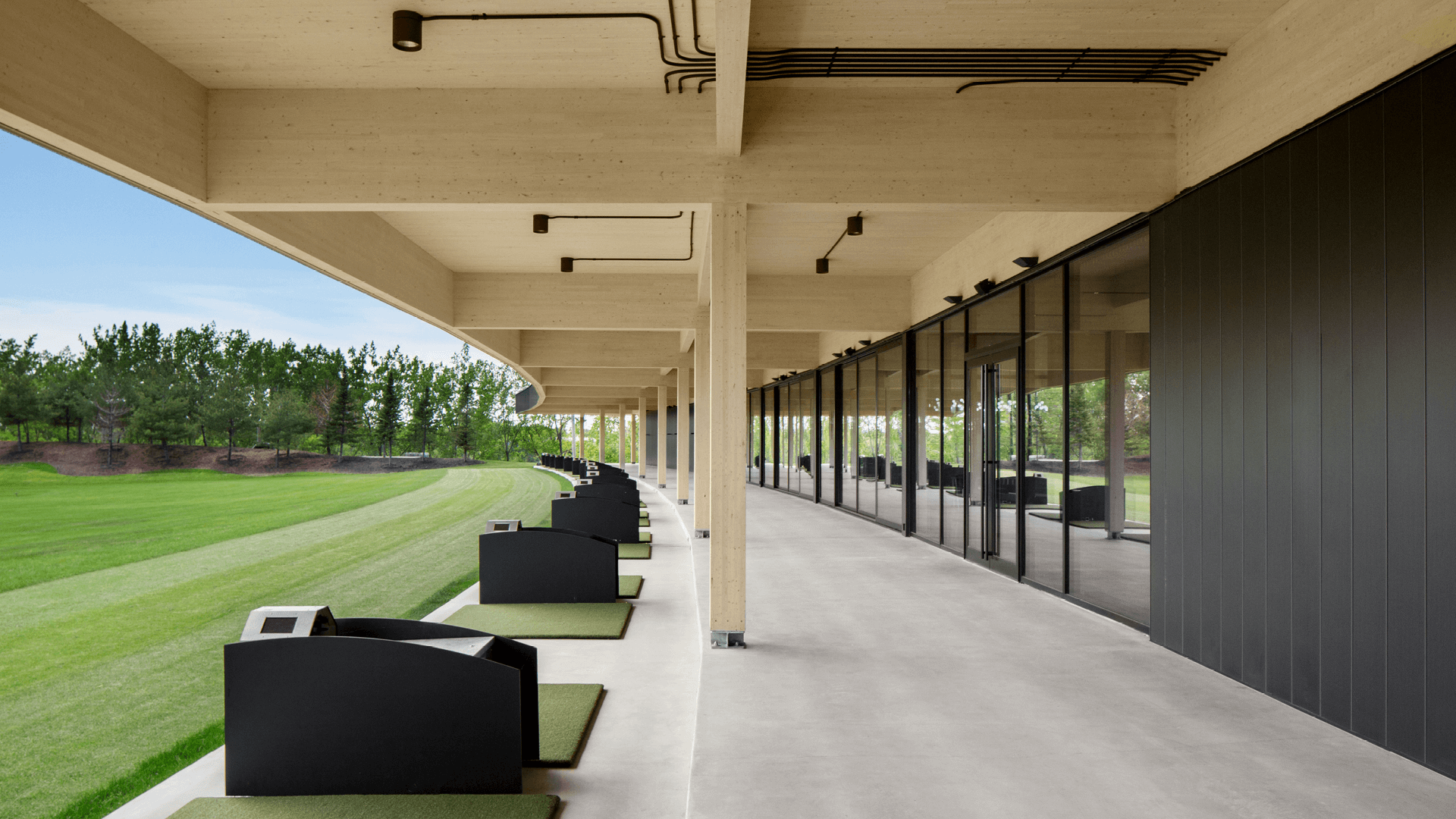 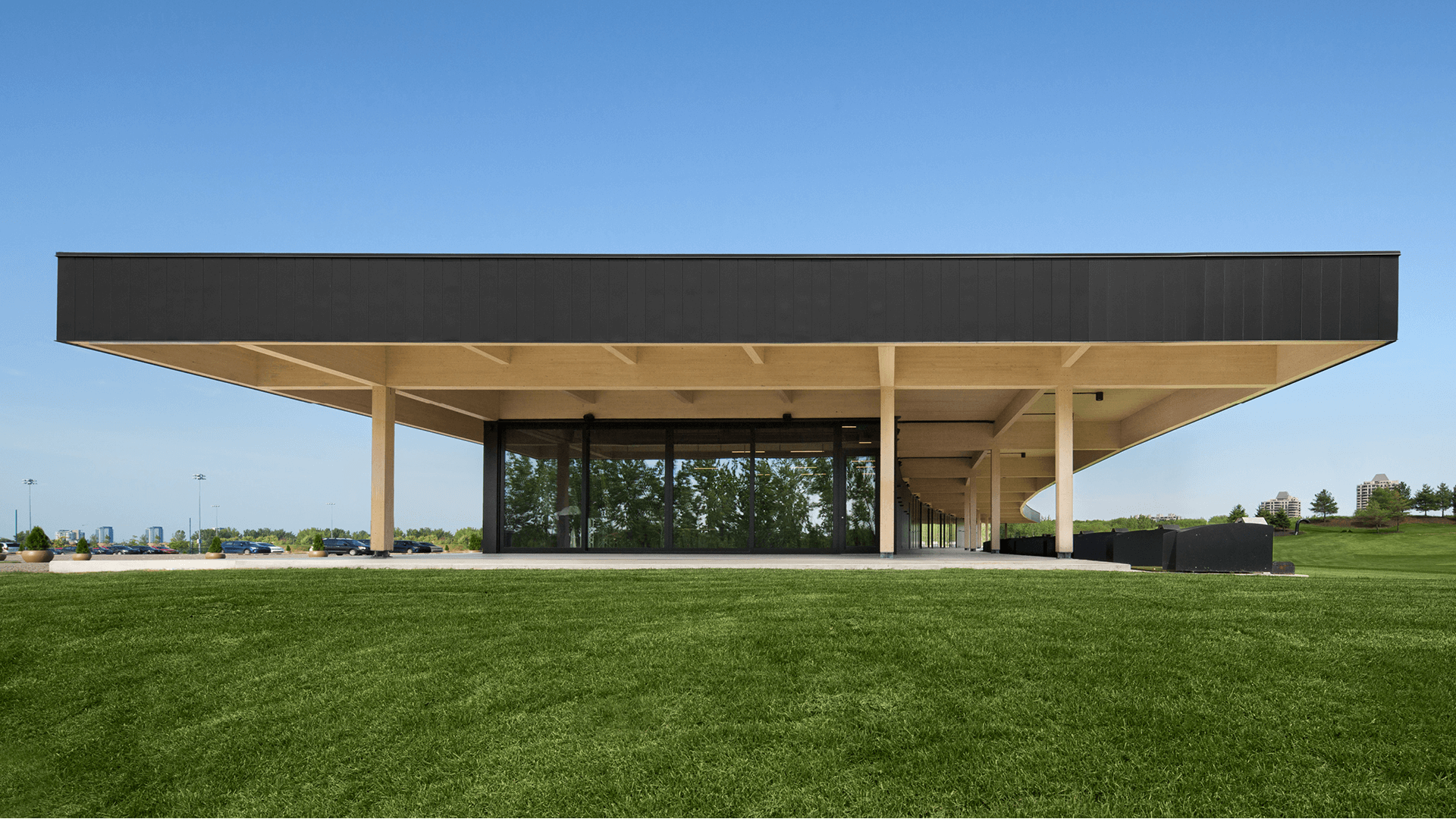 Mass timber takes centre stage in this clubhouse on the Île-des-Sœurs golf course. The arc-shape roof is made of cross-laminated timber and rests on purlins attached to a post-and-beam system, all of which is braced using glued-laminated timber members. The building includes a cantilever structure that shelters users from the rain and snow as they practice outdoors. The designers also incorporated a function room and a cutting-edge virtual golf simulator.